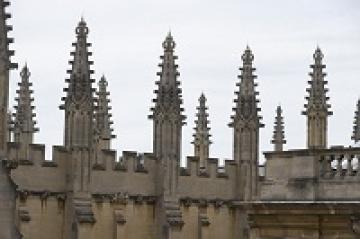 2. The right of the Gazette to edit an advertisement, in particular to abridge when necessary, is reserved.

3. Advertisements must be accompanied by the correct payment, and must be received by the published deadline. No refund can be made for cancellation after the acceptance of advertisements.

4. Once an advertisement has been submitted for publication, no change to the text can be accepted.

6. Two separate charging arrangements will apply, for commercial and private advertisers. The rates applicable at any time will be published regularly in the Gazette, and may be obtained upon enquiry. The rates, and guidance on applicability of each rate, are also available online. The editor's decision regarding applicability of these rates to an individual advertiser will be final.

8. While every care is taken to avoid mistakes, the publisher cannot accept liability for any errors, misprints, or omissions in the printing of an advertisement due to third parties, subcontractors or inaccurate copy instructions or where the error, misprint or omission whether or not due to Oxford University Press does not, in Oxford University Press's reasonable opinion, materially detract from the advertisement.

11. Nothing in these terms and conditions seeks to exclude any liability which cannot be excluded at law.

a. not to discriminate against any respondents to an advertisement published in the Gazette on the basis of their sex, sexual orientation, marital or civil partnership status, gender reassignment, race, religion or belief, colour, nationality, ethnic or national origin, disability, age or pregnancy;

b. that the advertisement does not contravene any current legislation, rules, regulations or applicable codes of practice;

c. that it is not in any way illegal or defamatory or a breach of copyright or an infringement of any other person's intellectual property or other rights.

14. The advertiser will indemnify and keep the University of Oxford and Oxford University Press fully indemnified in respect of:

a. all claims, costs, demands, damages, liabilities, or other charges whatsoever arising as a result of legal actions or threatened legal actions resulting from the publication of the advertisement published in accordance with the copy instructions supplied to the University of Oxford and Oxford University Press;

b. all direct, indirect or consequential liability, loss, damage, injury, costs and expenses (including, without limitation, legal and other professional fees and expenses) awarded against or incurred by the University of Oxford and/or Oxford University Press as a result of or in connection with any infringement or alleged infringement of any intellectual property rights caused by the use of images supplied by the advertiser for use in their online advertisement.

15. While every endeavour will be made to meet the wishes of advertisers Oxford University Press does not guarantee the insertion of any particular advertisement.

No liability for non-appearance of Gazette

16.The University of Oxford and Oxford University Press shall not be liable for any loss or damage occasioned by any total or partial failure (howsoever caused) of publication or distribution of any Gazette in which any advertisement is scheduled to appear.

17. The placing of an order for the insertion of an advertisement shall amount to an acceptance of the above conditions and any conditions stipulated on an agency's order form or elsewhere by an agency or an advertiser shall be void insofar as they are in conflict with them.